Tara Jackson, author of “4 Financial Languages: The Secrets to Communicating About Money,” explains how to make financial talks with your partner easier.

What is it about finances that sparks so many feuds among couples? Tarra Jackson, a best-selling personal finance author who is known as Madam Money, thinks she has the answer. “One of the top reasons why people argue is because they’re not speaking the same financial language,” she says.

Jackson has spent years helping counsel couples who fight over money issues and has found that people tend to speak in one of four dominant financial languages. She writes about those communication styles in her new book, “4 Financial Languages: The Secrets to Communicating About Money.”

“Most of the time couples want the same thing, but they’re communicating differently,” says. If you and your partner can identify what your financial languages are and learn to communicate in those languages, you can avoid fights about money. Keep reading to learn how. 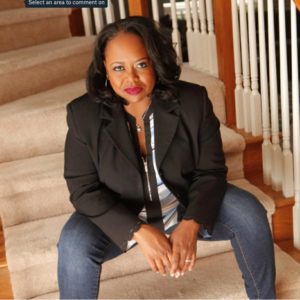 Whether you realize it or not, you have a financial language, according to Jackson. It represents how you think about and deal with money. And it’s likely one of these four dominant languages that Jackson has identified:

You will have a dominant language, but you also might speak other financial languages, according to Jackson. For example, she says that her dominant financial language is spending. But she learned the language of saving after experiencing financial hardship. “I started hoarding cash because I didn’t want to experience that sort of financial pain anymore,” she says. Then she taught herself the language of investing as she got interested in finding ways to grow her money.

Why you need to know what your financial language is

If you want to communicate better with your partner and stop arguing about money, start by identifying what your dominant finance language is, Jackson says. This will help you recognize what your pleasure principals are – what you enjoy about money. And it will help you understand what sort of words create positive and negative triggers for you.

“When you understand yourself, you understand how you need to be communicated with,” Jackson says. Then you can tell your partner what your financial language is, she says. Share how you view money and what sort of language creates positive and negative emotions for you. For example, Jackson says you could say, “I’m a spender. When you say ‘budget,’ it makes me cringe. Can we create a spending plan and work together?”

How to figure out your partner’s financial language

After figuring out your financial language, pinpoint what your partner’s is — and learn how to speak it. Knowing whether your significant other’s language is spending, saving, investing or giving will help you know what words to use and what words to avoid when talking about money, Jackson explains.

“When we argue about money, we instigate it by what we say,” she says. Choosing your words carefully based on your partner’s financial language can help prevent fights.

For example, if you’re a saver and you’re trying to get your spender partner to spend less, you don’t want to tell your partner to slow down spending because he or she has already exceeded the household budget and needs to be saving more. You’ve said three negative triggers: don’t spend, budget and save. The spender will likely know you’re right, but won’t want to be told not to spend. As a result, the spender will commit financial infidelity and hide purchases, Jackson explains.

Jackson says the right way to have the conversation is to say something like, “Hey, we got an extra $300 this month to spend. Thanks for helping me out with the spending plan.” Then you and the spender can decide on how you can best spend that $300 – which the spender might agree is setting it aside in savings. The key is to tell spenders how much they can spend, not that they can’t spend at all.

If you’re a spender and want to talk to your saver partner about, say, taking a vacation, you could ask the spender for help shopping around for good deals so you can save money and take a trip that fits within your budget, Jackson says. Using words such as save and budget will help the saver be more open to the idea of taking a vacation and help avoid arguments.

In her book, Jackson offers several examples of how to have money conversations using the different financial languages to avoid fights. Remember, though, even if you learn to speak your partner’s financial language, you will revert back to your dominant language if you start arguing. “In the heat of things, we forget how to fight fair,” she says. It’s better to wait until you’re calm so you can have a more productive conversation.

How money dates can help you and your partner communicate

Knowing and speaking in your partner’s financial language will go a long way toward making it easier to talk about money without arguing. But there are other things you should do to minimize arguments – the most important of which is going on money dates, Jackson says.

Discuss your goals, what it will take to reach them and what you can do to achieve them faster. Each of you might have your own goals, but it’s important to have shared goals as a couple. “Any time you have a common goal – or a common enemy – you work well together, Jackson says. If, for example, debt is your common enemy, you’ll have to work together to fight it. And you can remind your partner when money fights erupt that you’re not the enemy – debt is.

Jackson recommends going on a money date at least once a month. If you need help knowing what to talk about on your date, she provides several sample conversations in her book.

If you learn your partner’s financial language and go on money dates, but the arguments continue, there might be underlying issues that need to be addressed, Jackson says. Meeting with a professional could help. However, remember that you can’t change your partner. You can only change you, Jackson explains. “Take ownership of how you’ve been communicating so you can make changes,” she says.

Cameron Huddleston is the author of Mom and Dad, We Need to Talk: How to Have Essential Conversations With Your Parents About Their Finances. She also is an award-winning journalist who has been writing about personal finance for more than 17 years. You can learn more about her at CameronHuddleston.com.

Haven Life Insurance Agency offers this as educational information only. Haven Life does not endorse the or offer the products, services and/or strategies discussed here.